This is a follow-up to “LOTLW Devblog #9: The new development plan”.

This is how the plan looks now:

A huge chunk of features has been completed.

Only two features left on the list: Save system and avatar appearance customization. That very soon the only things I’ll be working on will be content and polishing.

Tasks I am looking forward to.

I’ll build all of the planned areas out of placeholder assets! I might even populate it with placeholder NPCs. For the first time in the development, I’ll know the true scale of the game. It will also allow me to develop the whole world at once - every new piece of content will be applied to all areas.

New equipment, new roles, new abilities, new ways to fight, and new enemies - this will have a massive impact on the game.

I’ll make an introduction cutscene which visually explains how your character gets to Kayos and introduces players to the Linked Worlds universe. This will be fun to make and I can’t wait to show it.

So that’s all for this entry: Next one is longer, possibly “Geography of the Locked World” =] 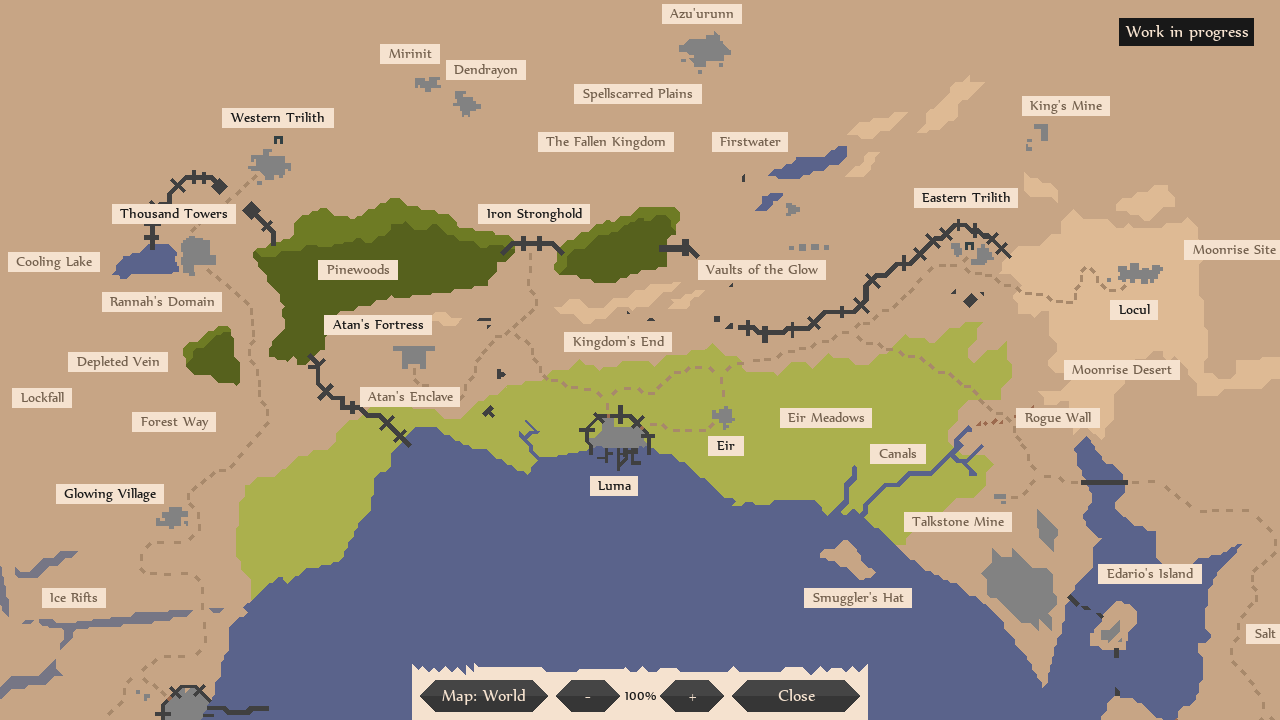